Formations can be upgraded in the Academy and set up in the Formations tab.

Formations can be researched in your Academy which is unlocked at level 10.

There are 8 formations and each one provides a different bonus. These bonuses vary greatly. They also enable you to take more Heroes into battle. Your formation is just as valuable as your equipment, it can easily be the difference between a win and a loss.

It is important to know who goes first. This is what a battle formation on the left side (Attacker) would look like, the right side (Defender) would be mirrored. You can see here it is number in the order in which they go. So #1 Attacker will go, and then #1 Defender will go. If there was no #1 Defender then #2 Defender would go.

You will never succeed with just using one Formation. Depending on your enemy you will need to counter it with a different formation, or even different Heroes.
Below is a list of which positions open with each level. Please use the picture above for the corresponding areas (1-9). 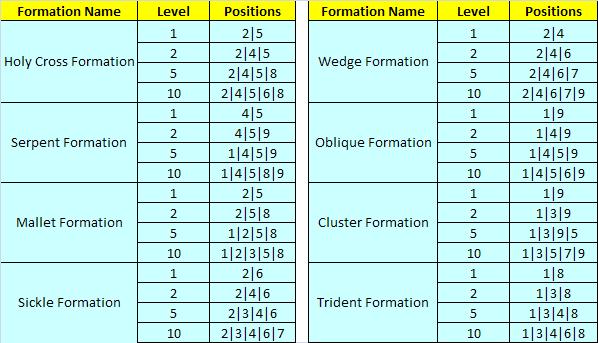 To better understanding table above, here I provide a graphical-line, represent the formation 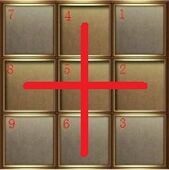 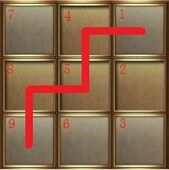 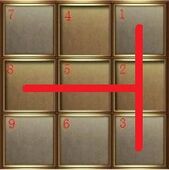 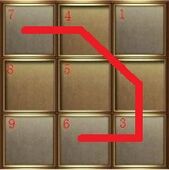 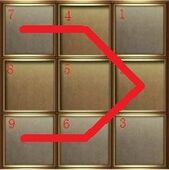 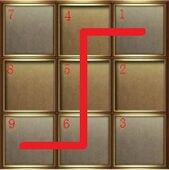 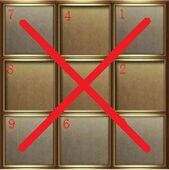 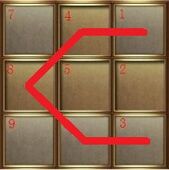 Trident Formation
Add a photo to this gallery

Do not forget to set formations to both PVE and PVP.

You'll probably find yourself switching between Serpent, Trident and Mallet formations the most. Other useful formations are Oblique, Cluster, Sickle and Wedge.

Retrieved from "https://chroniclesofmerlin.fandom.com/wiki/Formations?oldid=12742"
Community content is available under CC-BY-SA unless otherwise noted.