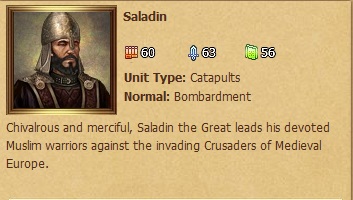 Saladin is the first recruitable boss in the Holy Crusades Campaign.

Saladin is an extremely popular early-mid game hero because of his unit type, catapults, which deal higher than normal damage and have a high chance to land a critical strike. His unit type makes up for his low Bravery stat. His Magic stat is good for the early game and his Tactics stat is acceptable.

Siege Heroes are also well liked because they do not rely on a Weapon and a Mount like Gambit Heroes do.

Put your best weapon on the siege heroes and make sure to upgrade it and you're set. Catapults can kill things so fast in the early game that you can afford to slack on armor a good bit.

A great line up early on for Charlemagne is Saladin, Rickon and Astolpho. They are all Catapults and are all obtained easily with Astolpho being the only one you have to put a little effort into (requires 2,000 prestige). 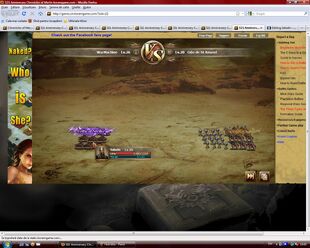 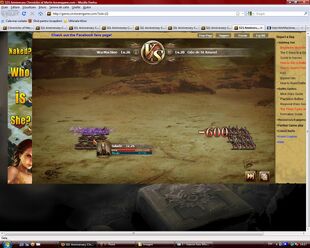 Senior Priest - an easy target for Saladin
Add a photo to this gallery
Retrieved from "https://chroniclesofmerlin.fandom.com/wiki/Saladin?oldid=11434"
Community content is available under CC-BY-SA unless otherwise noted.